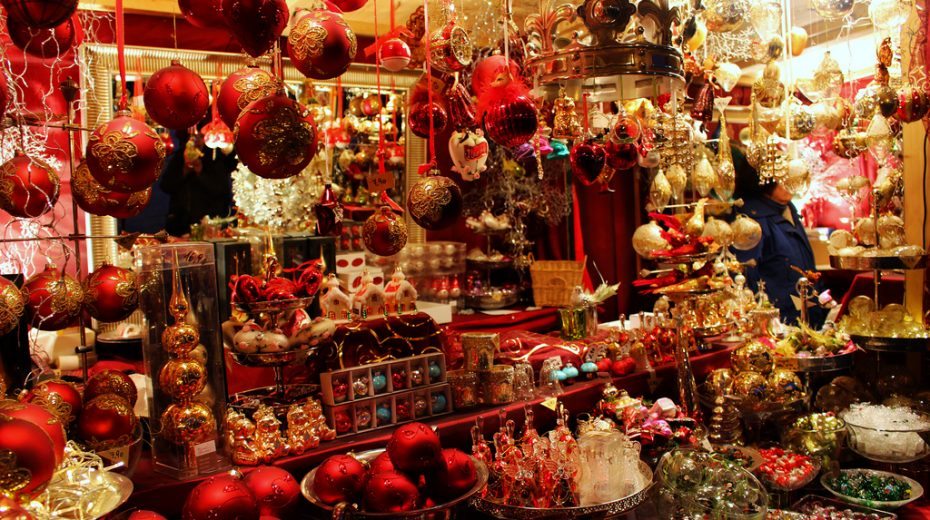 Its that time of the year when the snow kisses your face, when your hometown resembles a fairy-tale scene, when you can smell cinnamon and mulled wine in the air. You guessed it – its Christmas time. What I love about it is that wherever you land in the world, the atmosphere is upbeat and festive. Still, nothing can match the sheer energy and magic of Europe’s famous Christmas markets, many still following traditions that date back hundreds of years. Each one is unique, but here are you six reasons why you should head to these markets this year. Going back to the 16th century, Strasbourg, also known as the Christmas capital of Europe, takes pride in hosting the oldest Christmas market in Europe, called Christkindelsmärik or market of the infant Jesus. From the magical Christmas tree in the city centre to the hundreds of stalls selling everything from Christmas stockings, gloves to gingerbread cookies and mulled wine, this is an experience that will be etched forever in your memory. Visit in the evening when myriad fairy lights vie with the stars in the sky literally bringing heaven down to earth.
Dates: 25th November – 31st December Yes, I know that the list isn’t complete till we mention Germany, so here it is. This quaint town in Bavaria hosts a Christmas market that’s partially on a ship. For three weekends, the promenade next to River Danube is decked up with stalls and lots of events are held. It is said that the wooden crib scene here is one of the world’s largest. If you are excited by the idea of experiencing some Christmas enchantment in a cosy, underground cave, then head straight for this one. Held in 12th century passageways that lies beneath the remains of a castle, it’s got everything you expect from a traditional Christmas market – stalls selling festive memorabilia, food and drinks. Besides browsing the stalls, enjoy the impressive murals and sculptures in the cave and a romantic chapel that dates back to the 18th century. In days of yore, knights used these passageways to make their escape. This is the cutest thing you’ll ever see for Christmas – an entire Christmas tree where traditional decorations give way to vertical platforms, with children dressed in cute red caps sing carols in voices that cannot fail to pull a chord in your heart. More than 90 musical performances take place over the weeks. The market is, needless to say, a delight to roam around with plenty of treats on offer. Think cheese fondue and delightful Christmas goodies. What better way to celebrate the festival than being at Santa’s hometown close to the Arctic Circle. None other than Santa Claus himself declares open the SantaPark Christmas and what follows is nearly two months of magical events and festive traditions. Think elves serving drinks, ice skating, a bakery run by Mrs. Gingerbread and opportunities for kids to sit on Santa’s lap and make all those wishes that actually come true at Christmas time. It’s a dream come true for any child.