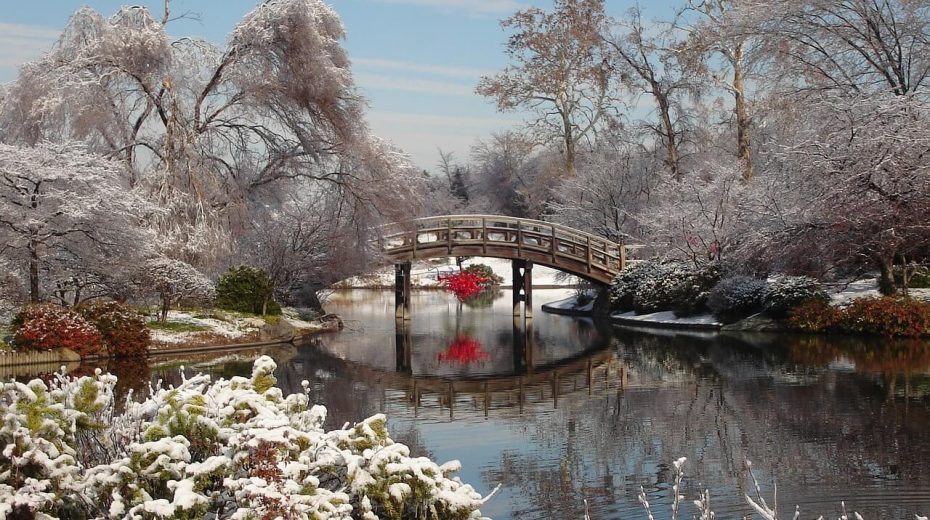 As temperatures dip and the Himalayan ranges in North India are clothed in a beautiful white blanket of snow, it’s time to start planning a trip to the mountains. From tough treks, snow festivals to winter food, some really cool experiences await this season. Here are some that I chose as being at the top of my list! One of the toughest yet most scenic treks of India lies over the frozen Zanskar River. This one of its kind trek from Leh in Ladakh is an experience of a lifetime. Being a city dweller, I have yet to gather the guts for this, after all walking on an ice sheet with temperatures hovering anywhere from minus 5 to 20 degrees centigrade is a true test of endurance. Late January or February is the best time for this 9-day trek where you’ll be covering a distance close to 75km. The trek starts from Chilling village, about three hours from Leh. One of the few places in the country where you can test your skiing skills is the snow dressed slopes of Auli, which host a skiing championship each February. Come January and powder white snow welcomes skiers from around the country. If you are a novice fear not the sloes have instructors to get you upto speed. Auli is one of the best skiing destinations in the country, from the top of the slope you can enjoy spectacular views of peaks like Nanda Devi, Kamet and Dronagiri. If you are me, scared of taking a tumble, take a detour and go trekking to Gurson Bugyal, a stunningly beautiful meadow which is a photographers’ delight. Once you reach the top, there are chairlifts to bring you back down. In this fast-paced world, it’s good to go slow down at times, that’s why I just love the Kalka – Shimla toy train that connects Kalka town to Himachal’s capital Shimla. Moving at the breakneck speed of about 16 kmph, it soothes my frayed city nerves and reminds me that getting into the slow lane is actually fun. Covering 96km in more than five hours, it chugs through more than 100 tunnels. After a snowfall, when the pine trees are covered with powdery flakes, it is truly a scene from a fairy-tale book. Now a UNESCO World Heritage Site, a ride on this charming train will be forever etched in your memory. There’s nothing like a hot and hearty meal when it’s freezing, and of course each state in North India has specialities that are only prepared the winter months. If you can handle spices, try the super spicy junglee maas in Rajasthan that’s lip tingling, eye watering lamb recipe slow cooked in a red chilly paste. Don’t say I didn’t warn you! Gound laddoos made from edible gum is a hearty food that immediately warms you up. In Punjab, nearly every household makes sarson ka saag with makki ki roti – this vegetable made of mustard leaves is served with corn Indian flat breads called chapattis. Served with a dollop of white butter and jaggery, it’s my favourite dish of the season.

One of the best places in the world to spot the endangered Siberian Cranes, Bharatpur bird sanctuary is a great place for birding. More than 300 species like hornbills, cranes, eagles, spoonbills, storks and bee-eaters flock here from November to March. Make sure you pack your binoculars for a great bird-watching trip. You can go into the sanctuary on foot or cycle as well. It is about three hours away from New Delhi and can be visited from Jaipur or added into your Golden Triangle itinerary.

With so much choice, I hope you are all looking forward to making this winter an active one.