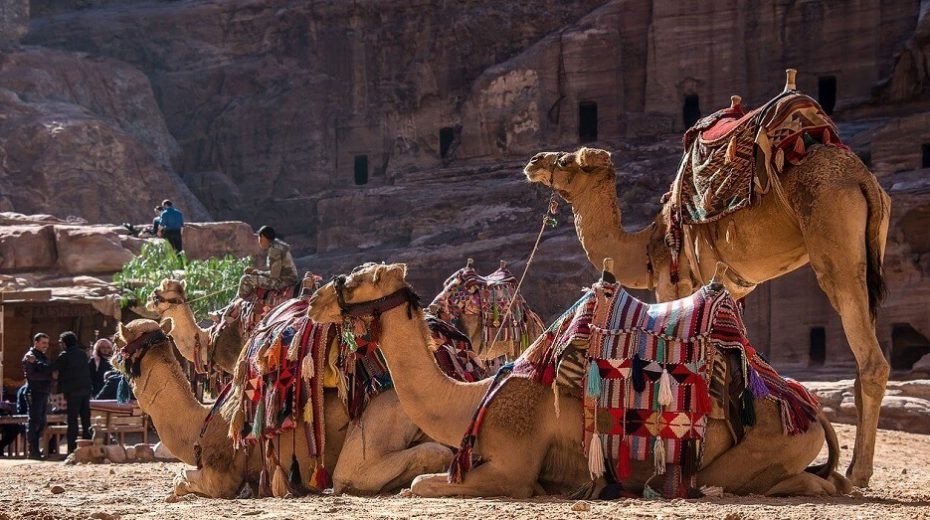 Whenever I think of Jordan, the picture of obedient, gentle camels lazily trailing their owners on the moonscape of Wadi Rum comes to mind. It was a decade ago when I started researching about the country to travel solo, but other plans got in the way. Till date, an excel sheet hangs in the ‘Travel Folder’ as a niggling reminder of the trip never made. Naturally, it begs to be updated with several new exciting things to do or alterations in costs and connectivity, but keeps the hope alive that I will, most definitely visit some day. Recently, while discussing Jordan with a friend, I whipped out the sheet and started updating it. Finally, I’ve plugged in actual dates. Going over the details, I decided to skip the toasty summer, and narrowed down to September. If there is one country that would satiate those cultural and outdoor pursuits, it should be Jordan.  Here is what I’m planning to do. Located 48km north of Amman, the capital of Jordan, the sprawling Graeco-Roman settlement is on the list for a brush with history. It was an earthquake in 749 and subsequent wars that destroyed the city and threw remnants of the first inhabitants (and later Roman settlements) to ruins. The city is dotted with theatres, colonnades, a hippodrome, triumphal arches and squares. A trip here is a history lesson that spans thousands of years. Who doesn’t want to walk by the salt-encrusted shores of the Dead Sea and then float in it, with its oddly buoyant properties, with a book in hand? Hemmed by Israel and Palestine along with Jordan, the lake is known to be the lowest point on Earth. The healing benefits of the rich in mineral mud have been celebrated for decades. A bath in the viscous waters and grey clay-like masks make for an experience to remember.

THE WALK THROUGH WADI MUJIB RIVER South of Amman, the jade coloured Wadi Mujib river breaks through the honey coloured landscape in the namesake nature reserve. It slips through a stunning gorge to eventually meet the Dead Sea. One of the lesser treaded trails, a walk along the river until one meets an impressive waterfall hidden within the canyon should be unique. Though ropes and rails are available along the way to make it walk friendly, the river currents and rough rocks should make it a worthy challenge for the legs.  The rewards would obviously lie in the stunning golden brown scapes with the emerald coloured water for visual breaks.

PETRA, ONE OF THE SEVEN WONDERS OF THE WORLD It would be heretical to miss Petra when in Jordan. A new addition to the Seven Wonders of the World, the sandstone rockscape and buildings within has been high on the list.  The Siq, a natural gorge that leads through red sandstone rocks to the classical Treasury building (1st century BC) and marvelous tombs and facades are sure to beat the pictures painted by magazines and websites. A walk past the tombs and Bedouin houses to the High Place of Sacrifice and twisting trails to the summit for sunset is high on the list. Maybe, veering off to Jabal Haroun would offer an oblique side of the otherwise popular tourist routine.

Of course, watching the candles light up the Treasury at night cannot be missed. A night in the Wadi Rum desert has been on my mind ever since I saw photographs of the pale rocks that look like melted wax along the gorges. The 4km canyon lies close to Amman. Though many people tackle the 9km hike to a waterfall on their own for a half-day tour, I plan to take a local guide for an overnight trip. Being a relaxed rambler I’d rather walk or camel through slowly, and hopefully get a glimpse of local life in the process. Sleeping under the stars for a back to basics experience is what I want to remember the Wadi by. A creation of the Romans, the Azraq’s fort was once the head quarters of Lawrence of Arabia. Wildlife enthusiasts will love the Azraq Wetland Reserve- a marshy hotspot for over 300 species of resident and migratory birds.  The other attraction here is the Shaumari Wildlife Reserve to the southwest is an expanse of desert famed for its paltry population of the rare Arabian oryx. Ostriches and gazelles are also found in this region. The idea of scuba diving would hardly hit the traveller when thinking of Jordan. But the Red Sea is renowned for diving and snorkeling with weathered wrecks and corals. More so, these sites are said to be relatively crowd-free. Water wonders apart, Aqaba has been around for over two millennia and offers a unique take on history with relics including ancient churches, a Mamluke fort built around 1320 and the remains of the medieval port of Aila. A Microlight tour of the city is said to be highly recommended.

A trip to Jordan cannot be complete without a hammam, even though been-there travellers peg the money on the more traditional ones in Syria and other Arabic countries. But a scrub, massage, glass of cold karkaday and finally the sauna cannot be ineffective for weary travel legs.

Major Indian cities are connected to Amman via carriers like Air Arabia, Royal Jordanian, Kuwait Airways and Jet Airways. These are mostly hopping flights via Sharjah.  Book ahead to get a good deal on tickets.

It’s recommended to buy the Jordan Pass, which waives off  a part of the visa fees and allows entry to the main sites (over 40 of them). Apply online, beforehand.

Indians can get a Visa on Arrival for 2 weeks in Jordan by paying a fee of approximately US$ 30. It is imperative to carry US$ 1000 (or equivalent) to cover stay and other expenses.

Since Jordan is sandwiched between Syria, Iraq, Palestine, Israel and Egypt, there has been considerable discomfort regarding safety while travelling in the region. As per locals, it is absolutely safe within the country, barring a small strip on the northern edge of the country that borders Syria.