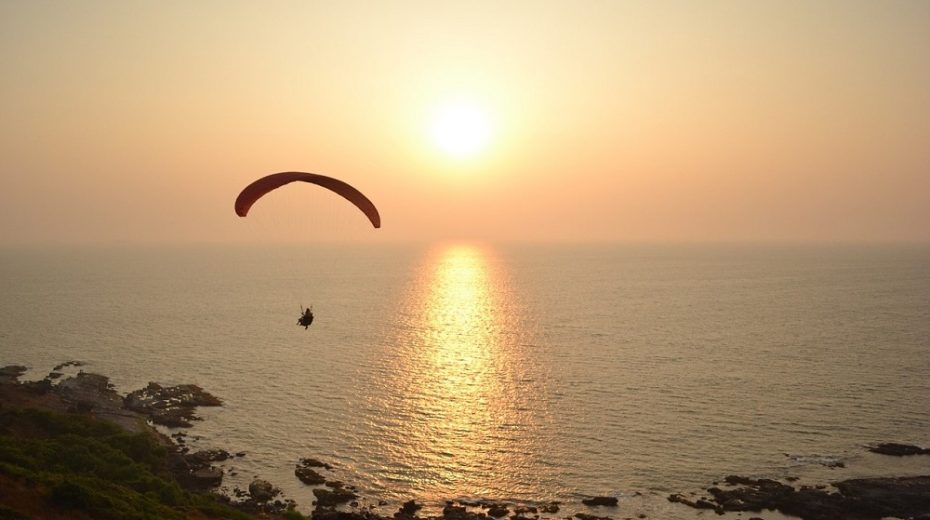 “Goa is on.” These three words made a lifetime dream come true for me because an all-girls trip with my besties from school was on the cards for the longest time. This was our chance to live it up and make the most of it. So on a monsoon morning when the heavens literally opened up in Delhi,  the three of us left for a bachelorette. We landed in Goa and were welcomed by more rain, but with only three precious days, we had to make it all count. Here’s how we lived it up in Goa!

North Goa is much more happening and buzzing  than the South, which is better known for its laidback vibe. Your best stay options here are around Calangute and Baga beach, right in the middle of the action as you are never too far away from a shack or a club. Although Goa is one of the safest places for an all girls trip, if this is your first visit, book a well-known chain hotel.

Having decided not to waste a moment upon our arrival, we went to our hotel to just drop off our bags and headed straight out to  hire a self-drive car. This is the best way to go around in Goa as cabs are expensive. If you can ride a scooty and feel confident about manoeuvring the leafy lanes of Goa, that’s a good option too. Your hotel can guide you and connect you with the rentals.

We headed to one of Anjuna’s most popular shacks, Curlies, and stayed put for three hours, chatting, guzzling beer, nibbling fresh seafood and just chilling out. The huge menu can make it difficult to decide what to order, so stick to classics like fried fish, seafood and Goan curries. For me nothing can beat Curlies, but  there are quite a few other shacks in Anjuna such as Baba au Rhum and Cafe Lilliput that come highly recommended. We left from there and reached Thalassa in Vagator, Goa’s most famous shack and restaurant to watch the sunset. Sitting on a high cliff, conversation stopped as the three of us just gazed at the sun disappearing into the vast sea. After Thalassa, we made our way to Baga beach and tried our hand at karaoke in St. Anthony’s, located right next to legendary shack Britto’s. I’m not even a decent bathroom singer, but when in Goa you tend to throw caution out of the window. I went ahead and signed up to sing one of my favourite songs – Summer of 69, but was left completely embarrassed as my friends decided to abandon me by not joining me on stage as planned! Then two other girls sportingly joined me and saved the moment but I vowed never to sing in public again. After a couple of drinks we headed to Tito’s Lane to find a spot to sway. Named after a famous club called Tito’s, this lane is lined with clubs, lounges and pubs, making it one of the most happening nightlife options in Goa. We did club hopping till 3am – Cafe Mambos, Tito’s, Cape Town are good options.

Next day, breakfast was at Infantaria, a busy bakery at the Baga-Calangute junction that is a favourite with locals. After tucking into pancakes, waffles and fluffy eggs, we just wandered around and then found ourselves at Baga beach yet again. Lunch was at Britto’s – a feast of butter garlic prawns, calamari and spicy pork vindaloo, a staple that’s made with lots of red chillies and vinegar, all washed down with Goa’s famous King’s beer. 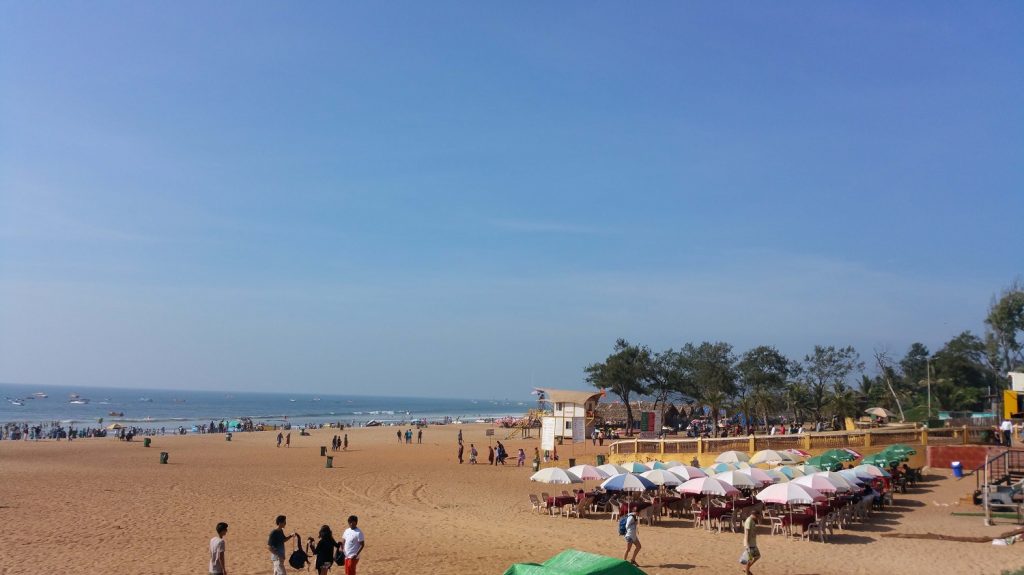 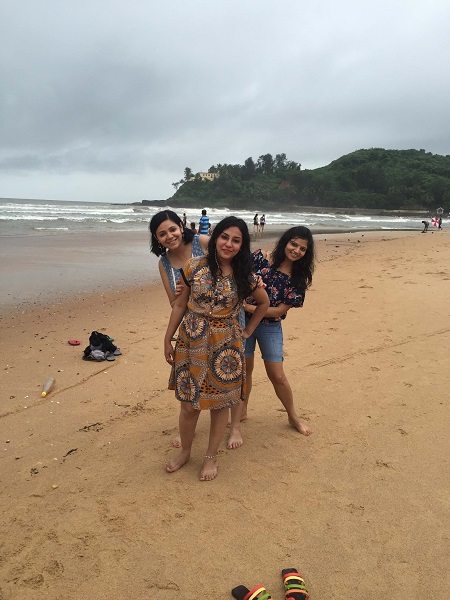 If you want activities, Baga and Calangute offer plenty of water sports such as waterskiing, water scooters, banana boats and parasailing. We fleetingly contemplated going to Old Goa to visit the famous churches, but left it for another time.

That night we got down to some serious business and decided to try our hand at gambling. Goa is one of the few places in the country, apart from Daman and Sikkim, where gambling is legal and there are plenty of casinos in Panjim that take people in boats to Mandovi River, where most of the popular casinos are located. We chose Deltin Jaqk  as we had heard  that it was different from other regular casinos. Being one of the largest in India, it offers more than 350 gaming options. I’ve never had  luck at casinos before , but this  was my time to strike gold!

All heady with our new winnings, we had to stop  at St Anthony’s for that one last dance and drink. We had to celebrate after all!

Day 3
Next day we washed down our breakfast with beer. Yes, In Goa alcohol replaces water. Now all that was left to do was drop off our car at the rentals and then we went for our last meal at Calangute’s Souza Lobo – a complete indulgence of legendary Goan cuisine and seafood. It was a high note on which to end the trip and return with memories of a lifetime. This was my seventh trip to Goa, but the best ever. But I know I will be back again – for the water sports, the nightlife, the beach hopping and the awesome seafood. These are a definite, but if I want to explore a different side to Goa, I will take in a slice of heritage at forts such as Cabo de Rama, Aguada and Chapora or visit iconic and stunning churches located in Old Goa. Shopping at its famous flea markets is also on my agenda. Or I may decide on some wildlife spotting at the many sanctuaries Goa has such as Bondla, Cotigao, Dr Salim Ali Bird Sanctury etc. That’s the beauty of Goa- there is plenty to do for varied tastes and interests and I can’t wait to go back and explore more..