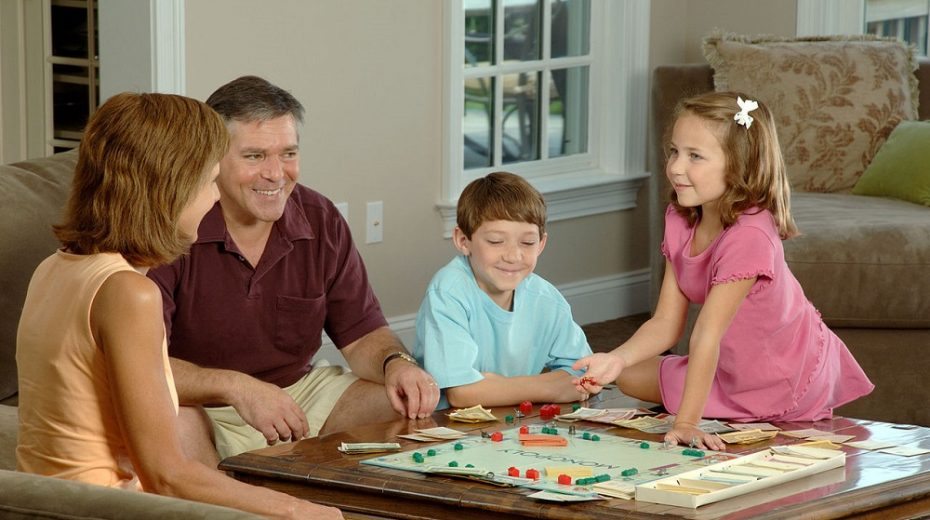 As the weekend approached, I couldn’t wait for my new Kaadoo game set to arrive and to start playing it with my nephew and niece. They were as excited as me to get their hands on the new game!

In an age when the “screen” tends to consume people’s lives, board games are making a huge comeback as people try to take a much-needed break from their phones, televisions and laptops and rediscover the fun of an interactive game with family and friends. I had heard of Kaadoo online and I was waiting to try out their best-selling offering Kaadoo – The Big Game – African Savannah Migration Mania, a wildlife inspired game that can be played by adults and children alike.

The game arrived right on time, well packed and in size that makes travelling with it on picnics or family outings a breeze. I really liked that!

African Savannah Migration Mania is a dice rolling game for two to four people, inspired by the creators’ love for wildlife. The players compete to gather the most points with animal sightings while they are out on an African safari.

The game carries on until the stack of cards accompanying it, is empty. One session can easily occupy you for about an hour of real family fun and learning for the kids.

What I liked about this game is that although it is based on throwing the dice, it does not simply rely on luck but smartly combines facets from card games giving it a real interesting twist. 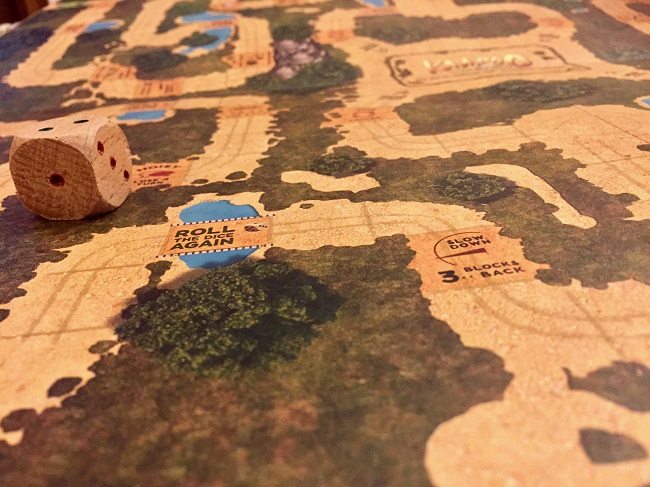 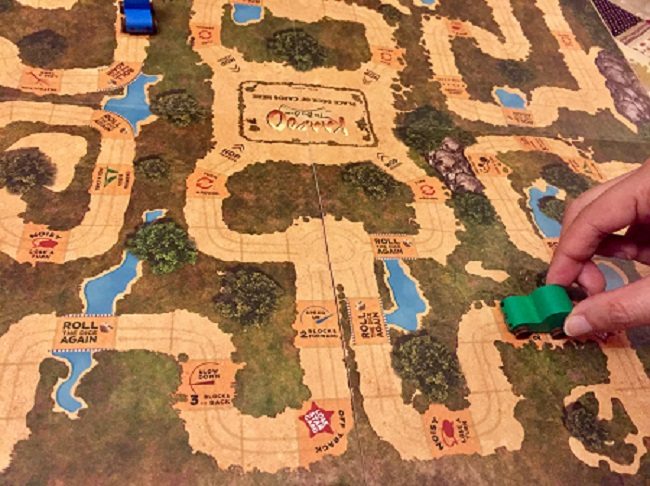 The game comes with a big board that folds up neatly, taking up very little space, either for storage or when travelling. The colour and illustrations on the board are really well done and made me yearn to go out on a safari even as we sat around the table. Then there is a stack of cards, a dice and four safari vehicles.

The Fun Part – How it’s Played

The rules are easy to grasp. One set involves basic rules of moving forward after throwing the dice and following instructions on the board that may either expedite or stall your movement. For example, you get an additional chance at a waterhole, or you may hit a block such as “obstruction”.

It is the second set of rules regarding the stack of cards that may take a little more time to master and makes the game engrossing. While some of them are straightforward and allow you to earn points through animal sighting cards, there are a series of other cards endowed with varying powers, akin to the “joker” in a conventional pack of cards. These cards can be used at your own discretion to gain advantage over the other players. The “Kaadoo” card for instance allows you to make your opponent return an animal sighting card and hence lose some points that he may have gathered. This aspect of the game has been well thought out and makes the game really enjoyable.

It took me a couple of games to learn the art of how best to use the deck of cards to my advantage. The idea is to gather as many points as possible without relying simply on luck and using these cards to rob your opponent of some points!

The game continues till all the cards are over and the player with the most points for animal sightings at the end emerges as the winner.

The company was kind enough to send me an additional game for the four-year plus age group – Kaadoo Animal Buddy Africa edition board game.

It is ideal for children who have learnt to read well as it is based on a series of cards that carry both brief descriptions of animals and birds in the wild, and also instructions on how to proceed. But it could also be fun if the family gets involved in helping them navigate their way through the game.

It comes with two safari vehicles because it is a two players game but I am sure children being children, will work out fun ways to get their friends to join in! 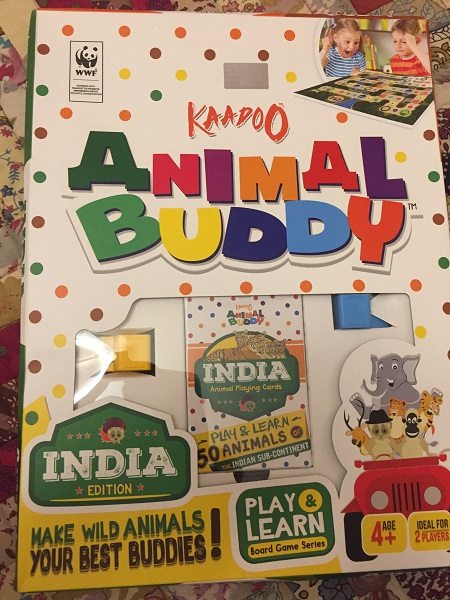 The cards, which are colourfully illustrated with pictures of birds and animals, serve as the dice.

The game again sets out a track in the jungle on which a player proceeds. It involves going backwards and forward in a manner that would appeal to children, for example a card that says “pugmarks” will caution the player to stay where he is, thus teaching a young child how wild animals can be tracked. 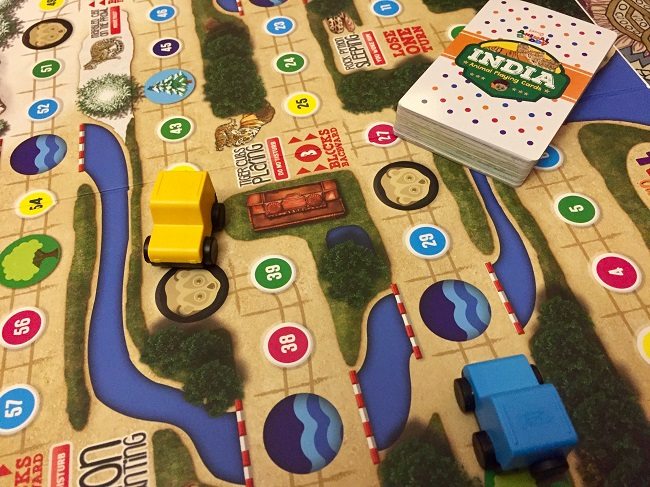 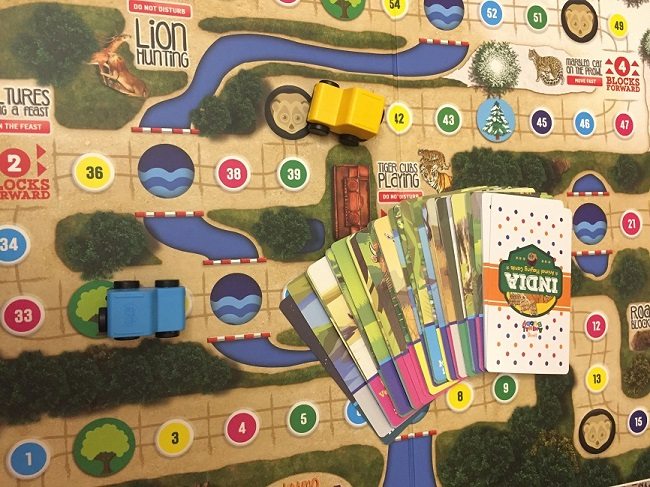 It also promotes a connect with wildlife by including a concept called “animal buddies” – if the card you pick is the same colour as the block you land on, then that animal becomes your buddy. I can really see children desperately trying to win their favourite animal buddy!

It is a really interesting game for children that also serves an educational purpose by arousing their curiosity about nature and wildlife.

I recommend the board game for both adults and children as a way to actually socialize – as you sit around the table rolling the dice, the fun, laughter and camaraderie is perhaps the greatest winner in an era, when social media is ironically only leading to more isolation. Both games can be bought online at www.kaadoo.in and don’t forget to use the BLOG20 special discount code for Blogilicious readers, for purchases made before 31st March.

If you have played with Kaadoo let us know what you thought.