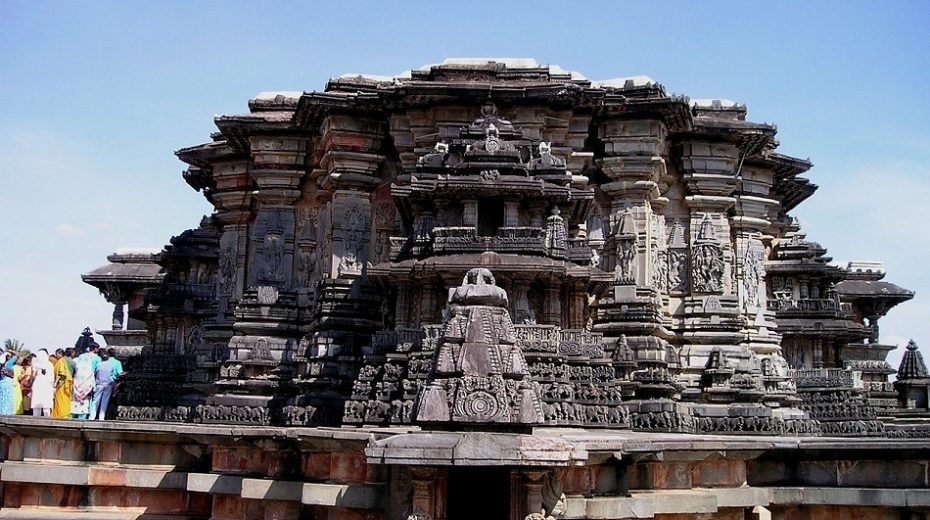 India is home to so many temples that visiting each one may take you more than one lifetime. We make your task simpler by listing some of the most famous ones, which are well worth a visit. I’ve not been to all of them, but they are definitely on my list. For me, the calm and serenity of this temple is unlike any other place of worship I’ve visited. Counted as one of the most sacred Sikh shrines in the country, just sitting by the Amrit Sarovar (holy pond) and watching the reflection of the temple in the gleaming water is an experience I will never forget. The two ceremonies where the Holy Sikh book, Guru Granth Sahib, is installed in the temple early morning and then taken back should not be missed. They are called Palki Sahib and Prabhat Pheri. Don’t leave without having a meal at the langar (community kitchen) and the karah prashad, made of whole wheat flower, sugar and ghee, given as a sign of blessing and offering. Located close to River Ganges in the holy city of Varanasi, this legendary shrine dedicated to Lord Shiva is one of the 12 temples in the country which contains the sacred Jyotirligam (Shiva represented in the form of a pillar of light). Interestingly the domes of the temple are covered with as much as 800kg of gold. It is believed that taking a dip in the river and then visiting the temple washes off sins of a lifetime and brings one closer to attaining moksha (nirvana). It is this hope that makes people from across the country throng the temple. The main sanctum shrine lies behind silver doors.

Don’t be surprised by three things here – the crowd, a sea of bald heads of both men and women as it’s a common practice to donate tresses in this temple and lastly technology used to make a devotees experience more smooth. This temple, which sits over seven hills, has been compared to the Vatican in Italy for the sheer number of people who visit to pay homage to Lord Venkateshwara. I was impressed by the barcoded tags and RFID readers used to streamline the process and handle volumes. One of the most famous temples in South India, I want to visit it to see its famed architecture and sculptures. Four high towers, known as rajagopurams rise nine storeys into the sky and are adorned with stunning, colourful sculptures of gods and goddesses. Inside smaller sculpted towers, elaborately carved pillars and painted ceilings speak of artistic excellence of a bygone era – the temple was built over several centuries, but most of it was crafted in the 17th century. Inside the temple, dedicated to Goddess Meenakshi (Parvati) lies a 1000-pillar hall that has been converted into a museum.

This iconic Vishnu temple has intrigued me ever since a treasure of gold coins, ornaments and gems worth billions of dollars was discovered in its vaults in 2011. Besides its rich coffers, the Sree Padmanabhaswamy temple is best known for its 18-ft-long reclining statue of Vishnu and its rich blend of the Dravidian and Kerala architectural styles. Devotees throng here all year round, but the biggest crowds arrive during the Painkuni festival in the months of March and April.

India has thousands of major temples and each one embodies the culture and specific architectural tradition of the place. Visiting them will open your eyes to India’s sheer artistic brilliance and spiritual foundations.