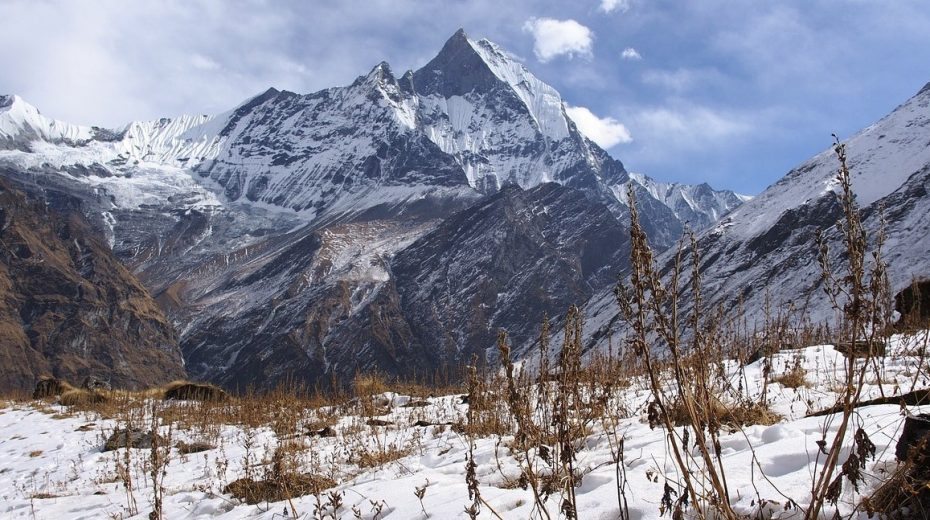 Ending the year ensconced in warm surroundings in the midst of a world blanketed in snow is an experience that will be etched in your mind forever. At least I can never forget the time I spent a white Christmas in Kashmir. So if you want to get away from the dusty plains and head out to spend New Year’s amid the stark grandeur of majestic Himalayan peaks and slopes, here are some of the best options in the mountain states of Himachal Pradesh and Uttarakhand. This place is all about snow-capped peaks, towering pines and gliding down snow-clad slopes on a pair of skis. For those who have never seen a snowfall, dealing with bone-chilling winds is well worth the sight. Being surrounded by white peaks is sheer magic – it’s like applying soothing balm to frayed city nerves. The sporting kind can test their skiing skills at Solang Valley, while others can opt for snow scooter rides and the cable car ride, which provides the most spectacular view of the Himalayan ranges. Besides this, tuck into grilled Himalayan trout, go cafe hopping and enjoy the delicious food. The hip and happening pace of Kasol is reminiscent of Manali and ideal for those young in either body or spirit. Think small, cosy cafes, freshly-baked croissants, a chilled-out vibe, and layers of powdery snow. Kasol is the getaway for a white New Year’s Eve. Trek through sheets of snow to Kheerganga and Malana. Make sure you take a guide for the trek. A dip in the hot water spring at Kheerganga is considered to be very therapeutic and healing. Usher in the New Year by gazing at some of the most majestic Himalayan peaks such as Kamet, Nanda Devi, Mana Parvat and Dungri. Wherever you turn and look, there is a sheet of snow and that’s the sheer beauty in winter of Auli. The slopes are perfect for skiing – that’s the reason why its one of the most popular skiing destinations in the country. If that doesn’t excite you, trek to Gurson Bugyal, a glorious snow meadow. This quaint homestay in Uttarakhand is tough to reach but once you arrive, the awe-inspiring, uninterrupted view of a pristine mountain range spread out in front of you is a sight that takes your breath away. A nearly century-old wooden house with six rooms, a library and a gorgeous garden stands in splendid isolation on the hill here. Wrap up and step out in the evening to count constellations in a sky alight with a million twinkling stars before returning indoors to warm up before a glowing fire. If you want to get away from it all, there’s no better way than to spend New Year’s Eve in the lap of nature waking up on the first day of the year to watch the sunrise from your bed.

A hidden gem near Mukteshwar, Dhanachauli is a small village which is almost forgotten. Te Aroha is your only stay option in this beautiful place. There’s not much to do but relax and take in all the beauty that nature has to offer. If you are feeling energetic, go for some hikes and treks and be seduced by nature that has turned a virginal white.

Khajjiar, the snow meadow in Dalhousie’s vicinity, is better known as ‘Mini Switzerland’ so it’s a good option if you want to bring in the new year on a white note. Set against slopes clothed in tall deodar and pine trees, this large meadow with a small lake in the middle. looks absolutely gorgeous. An opportunity to build a snowman and having a snow ball fights should never be missed. Do visit Kalatop Sanctuary close-by for stunning vistas and snow-kissed peaks.