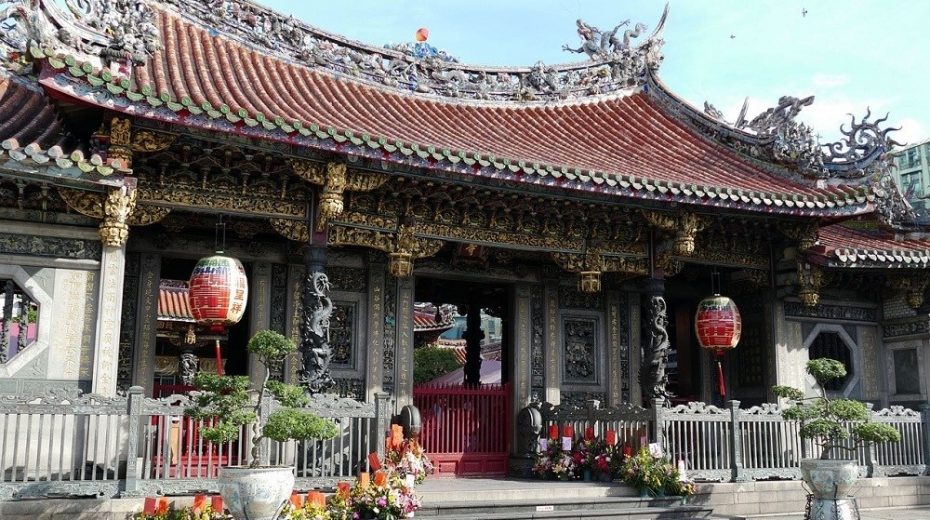 Taiwan’s capital city is a mixed bag of surprises. From being home to one of the world’s tallest buildings, vibrant night markets, delicious street food and charming tea ceremonies, this city has a distinct East Asian flavour as it merges modernity with an ancient, diverse culture. To do justice to Taipei, spend at least three days to immerse yourself in these incredible experiences. I just got two days during my first visit, but managed to squeeze it all in.

THINGS TO SEE & DO This 1670-feet soaring skyscraper was the tallest in the world till Burj Khalifa came up in Dubai and walked away with this title in 2008. That does not detract from its charm – from a distance it looks like a stack of Chinese take-away boxes. The elevator on the fifth floor whizzes you up till the observation deck on the 88th floor in a matter of seconds, making it one of the fastest elevators in the world. The bird’s eye view of the city that is nestled in a river valley and edged by gentle, green hills is a rewarding sight. Time your visit to take in the sunset – from this height it is a glorious spectacle that will get imprinted in your memory. One of the best ways for a quick history lesson about  Taiwan is to visit this memorial hall that was made in the memory of Chinese leader Chiang Kai-shek, who fled to Taiwan after being defeated by Mao Zedong. The grand octagon-shaped, white building with a blue domed hall and red accents has numerous art and culture exhibits and when that gets overwhelming, step out to watch the changing of the guard ceremony which takes place every hour near the statue.

In Taipei, the setting sun only means that the city is about to take on a whole new life in its bustling and vibrant night markets. Whether you want to pick up some clothes, fun accessories, electronics or small gifts, spend some fruitful hours haggling here to your heart’s content. There are several markets and the most famous are Shilin and Raohe, but these tend to be crowded and more expensive. If you want to visit one that is off the tourist map to get an authentic Taiwanese flavour, then head to smaller ones such as Nanjichang. Night markets are not just meant for a shopping spree – these are also places where you will  be spoilt for choice for yummy street food. Taiwanese food   has a unique flavour because it’s a fusion of  Tailwan’s mixed Chinese, Japanese and aboriginal heritage. Tuck into beef noodles, Taiwanese bubble tea, oyster omelette, stinky tofu, steamed dumplings, steamed pork sandwich. Yong Kang street is one of the good places to head to for the sheer variety on offer. Besides roadside vendors, there are plenty of cafes and restaurants here. Don’t forget to try the legendary Taiwanese pineapple cake. It is super soft, with a thick filling in the centre, which just melts in your mouth. I gorged on them during my trip and even packed in some into my suitcase for home. No visit to Taipei is complete without a stroll down this historic 19th century street that has undergone a decade of restoration and is now dotted with market stalls on both sides besides charming restaurants, cafes and antique shops. I enjoyed roaming around and soaking in the culture of this street. At its stores pick up anything ranging from spices, dry fruits to Chinese medicines, herbs and tea. During the Chinese New Year it takes on a really lively air as vendors display their wares in huge bags.

Taipei has many teahouses which showcase an elaborate tea ceremony – no surprises because the Japanese occupied this island for over a century. From warming the cups to heating the water and appreciating the aroma, mostly with the high mountain Oolong tea that is widely grown here, this a restful tradition that you must experience.  I tried this at Wang Tea boutique which is more than a century-old and came out with a better understanding of a slow-moving world where grace and ceremony were appreciated.

Your three days in Taipei will pass by in a flash and you will come back with some memorable experiences that will make you want to explore more of this charming country and its friendly people.